HUNTING LAND WITH TALLAHALA CREEK FRONTAGE. For someone wanting a place...Read More→ 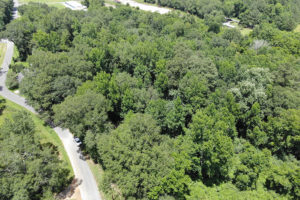 Jasper County was founded in 1833 and currently has a population of over 17,000 residents. The county has two county seats, one being Bay Springs and the other the town of Paulding. The county was formed from parts of Jones County and was named for the Revolutionary Sergeant William Jasper. Sgt. William Jasper gained fame in the battle of Fort Moultrie in 1776 and was killed in the Siege of Savannah three years later. The county is home to the towns of Heidelberg, Louin, and Montrose, all of which have less than 1,000 residents. The county seat of Bay Springs has a population of a little over 2,000 residents.

The second County Seat of Jasper County, Paulding, is an unincorporated community and the only unincorporated county seat in the State of Mississippi. Named after the revolutionary war hero, John Paulding, the town was once a relatively large place, at one time holding the name, “Queen City of the East.” A decision to reroute the railroad toward Bay Springs led to the eventual collapse of the town’s economy but the significance of the area remains powerful enough for it to remain a fellow county seat in Jasper.

Jasper County currently holds the place as Mississippi’s number one producer of gas and oil. It is also a strong producer of timber and poultry with most of the production being located around the town of Heidelberg. The county is home to Lake Claude Bennett, Lake Eddins and the Tallahala Wildlife Management Area. The area is also home to the Bay Springs Country Club, which was rated 6th out of all of Mississippi’s 9-hole golf courses.

Jasper County was also the set for a plot of the popular television show, “The X-Files.” The Fox show was titled “Trevor” and centered on fictitious events that occurred in a prison in Jasper County, Mississippi.