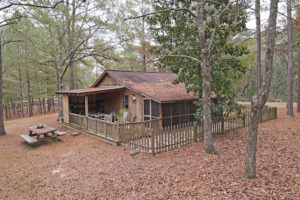 UNIQUE LISTING IN EXCELLENT AREA. If you are looking for a...Read More→ 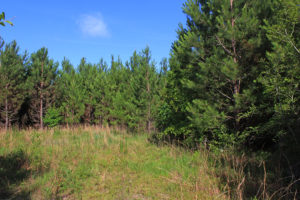 STILL AVAILABLE. For the busy professional looking for a peaceful...Read More→

The County of Lamar, which was termed after the distinguished L. Q. C. Lamar, was founded on April 1st of 1904.  The county seat is Purvis which was established in 1886, which is located less than 17 miles South of Hattiesburg off U.S. Hwy 11.

Back in 1883, Purvis was inhabited with a vast amount of pine plantation timberland with very few settlers, and contained an abundance of wildlife such as whitetail deer and eastern turkeys.  However, no townships existed in the region following the early 1880’s, until the construction of the New Orleans and Northeastern Railroad in 1883.  It was during that time when settlements and villages started to originate in the surrounding areas. The county seat of Purvis was the main district among these areas which was named after John Purvis.

Prior to the settlement of white colonists, the Choctaw Indian Tribe roamed through the abundance of dense pine plantation timber that flourished over Lamar County.  After Andrew Jackson’s successful victory of the battle of New Orleans an enormous surge of immigration settlers from the Carolinas rained into the southern portion of Lamar county.  All of whom were drawn to the attractiveness for the potential new development of farms and homesteads that could be easily acquired due to the very low-priced land.  The desirability of the mild climate, the lush range for livestock, and the large areas for growing corn crops also played a major factor in the population growth of Lamar County. Not to mention, the inexpensive standard of living provided by a wealth of wild life such as: turkeys, migratory waterfowl birds, and an over population of whitetail deer that scattered the area.

After settlers established the area, their core industry soon became the raising of sheep and cattle.  Italians and Philippine African Americans worked to build railroad branch lines that entered into the woodlands where the labor to cut the timber was done by hand saws, picks, and shovels.  That being said, once all the virgin timber was cut in the early 1930’s. the J. J. Newman Lumber Company mill closed and people started travelling away in search of new occupations for employment.  As a result, the population severely decreased to about 1,500 people.

Lamar county has a total area of 500 square miles, that of which 497 square miles is land and 3 square miles is water.  The population recorded in the 2015 Federal Census was 60,618 residents in the county.  Lamar County is bordered by the following neighboring counties: Covington in the north, Pear River to the South, Forrest in the east, and Marion County to the west.