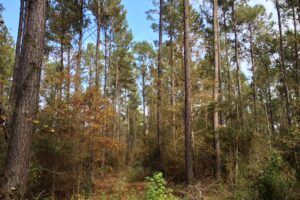 In late December of 1814, Lawrence County was formed from a portion of Marion County that had just recently been established just three years prior. Lawrence County was named in the remembrance of Captain James Lawrence, an American maritime war hero during the War of 1812. Capt. Lawrence served as the naval commander of the USS Chesapeake before being killed in battle on Lake Erie against the English Naval Fleet that eventually seized the ship.

In 1815, the small town of Monticello, which was named after the homestead of Thomas Jefferson, was declared the county seat. Monticello is located on the west edge of the Pearl River, 54 miles south of Jackson. The Pearl River serves as a north to south dividing point for Lawrence County. During the early 1900’s, that point served as a port for steamers going up and down the river from New Orleans. In the 1820’s, the town of Monticello was selected to be Mississippi’s State Capitol, which, in turn, was second guessed the next day by the State Legislature.

Lawrence County’s total area is estimated to be around 435.70 square miles of which approximately 5.8 square miles is water. The population recorded in the 2012 census was estimated around 13,129 residents.

Adjacent counties are Simpson to the northeast, Jefferson Davis to the east, Lincoln on the west, Walthall to the southwest, Marion to the southeast and Copiah to the northwest. Communities in and near Lawrence County include the following: Monticello, Silver Creek, New Hebron, Nola, Wanilla, and Sontag.