If you are looking for the peacefulness of a rural … END_OF_DOCUMENT_TOKEN_TO_BE_REPLACED
Gunter Road Canton, Mississippi
SOLD
SOLD 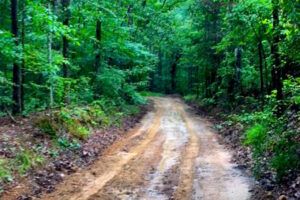 Madison County is in the central region of Mississippi, and was established in the late 1820’s as the 23rd county of Mississippi in honor of the James Madison, who was the fourth president of the United States of America. Madison County integrates lands of around 715 square miles east among the Big Black and Pearl Rivers, which was known then as the area in which General Andrew Jackson gathered with the Choctaw Indians to the create the Treaty of Doask’s Stand in 1820.  The region attracted large numbers of settlers & farmers from the Carolinas and West Virginia to harvest and cultivate crops from the bountiful and rich fertile soil that inhabited the area.  It is bordered by Attala County on the north, Rankin County on the South, and Leake County as well as Yazoo County on the East and West.  Major towns and cities located within Madison County are Madison, Ridgeland, Flora, and Canton, the county seat.

Madison County is well known for having the finest farming and agricultural sectors of the entire State of Mississippi which resulted in the attraction of many early settlers & farmers.  The Illinois Central Rail Road runs through the center of the county where vast amounts of peaches and strawberries are grown along the main line, and shipped to the northern markets.  Various creek branches provide the county with abundant and sufficient water power especially in areas on the Kentuctah and Doak’s creeks.

The timber and forestry regions of the county contains an influx of all kinds of hardwood and pine timber such as: water oaks, white oaks, hickory, loblolly pines, longleaf pines, gum, poplar, walnut, beech, and cypress trees.  The area is gently rolling and the soil various in appeal, with a rich clay sub-soil among the creek and river bottoms. Furthermore, Vast quantities of limestone and marls have been discovered in immense amounts in the Southern districts of the Madison county.