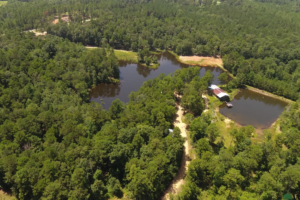 Marion County is one of the oldest counties in Mississippi.  In fact, it was founded just six years prior to the establishment of the state of Mississippi in 1811. Named after the well-known Revolutionary War hero, General Francis Marion also known as “Swamp Fox”.  Columbia was declared the county seat in 1819, as well as the provisional or temporary state capital of Mississippi from 1821 until 1822, but was then changed by the 3rd governor known as, Governor Walter Leake who then selected Jackson as the eternal capital.

In 1925, the culture of Marion County began to grow, and the substantial timber had all been removed from the surrounding areas.  Leading the land for development of an abundance of cultivating products such as: cotton, crops for farming, and other agricultural products that were produced in mass amounts.  Which in fact re-enforced Marion county’s industries specifically in the Columbia region, and inclined to boost the area with the permanent establishment of industrial plants.

During the Great Depression in the early 1930’s, a numerous amount of large scale industries have located in Columbia such as: The Kentucky Lumber Company, the George Westerfield Lumber Company, the McPhillips Canning Plant, the Columbia Knitting Mills, and the Southern Naval Store.  An area that lies northeast of Marion County, also known as the Morris community, has perhaps the finest land for agricultural and timberland purposes of any in the county, and is located just 12 miles northeast of Columbia near the areas of Sumrall Road and Columbia Road

Marion County has a total area of around 550 square miles, of which 544 square miles is land and 6 square miles is water.  The population is about 25,642 residents, and has the following neighboring counties: Jefferson Davis County, Lamar County, and Pearl River County to name a few.  The communities located in the region of Marion County include: Columbia, Bunker Hill, Cheraw, Foxworth, Morris, and Goss.