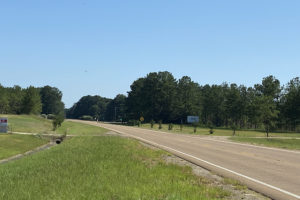 COMMERCIAL OPPORTUNITY IN NEWTON, MS. It isn’t often that this large...Read More→

Newton County formed in 1863 and named after famous scientist Sir Isaac Newton is home to a population of over 20,000 residents. The county seat is the town of Decatur and Newton County is the home of the city of Newton and the towns of Chunky, Hickory, Lake, and Union. The area that became Newton County was part of the Dancing Rabbit Creek Treaty of 1830 and was historically land of the Choctaw Indians.

The county seat of Newton County, Decatur Mississippi is home to nearly 2,000 residents and has the total area of 1 square mile. Although the town is small it is the home and birthplace of many famous Mississippians. Medgar Evers, famous civil rights activist was born in the town. Evers went on to help end segregation at the University of Mississippi and served as a field secretary for the National Association for Colored People. Also from Decatur, Charles Evers became the first post-reconstruction African American Mayor in Mississippi as the mayor of Fayette, Mississippi. Major League Baseball star Marcus Thames is also from Decatur, Mississippi and attended East Central Community College, located in Newton County.

The largest city in Newton County shares its name, Newton, Mississippi. The town is home to nearly 4,000 residents. Its most famous resident is country singer/song writer, Paul Overstreet. Paul has recorded 10 albums and has written number 1 hits for many famous artists.